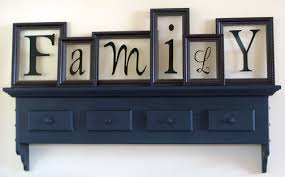 A local radio station plays the Family Name Game. Each day the staff chooses a name and announces that the next day anyone with a child by that name should call in. A caller is randomly selected to then sing the praises of that child on the air and explain why that son or daughter is such a blessing to their family. I’m waiting for the day they choose Hepzibah or Ichabod for the game. Then again, given the trend of parents to create their own name for their offspring, the day may not be far off.

Speaking of family names, allow me to take a detour from the usual Monday Writing Tips blog to pose a question that’s been on my mind for quite some time. If you are a parent of adult children, how do you refer to your spouse? By his or her first name or by the term your children called you and your spouse when they were growing up—mom, dad, pop, ma?

In my childhood home, it was considered disrespectful to refer to adults by their first names, especially parents. Living in the South the last few years, I’ve appreciated the level of respect accorded to adults by some children whose parents insist that their children refer to the adults in their lives as Miss First Name or Mister First Name. Several adults who I consider colleagues or peers, but are enough younger than me they could be my children call me Miss Judy. The habit of addressing seniors with a level of respect persists. Nice.

I first noticed a shift in nomenclature some time after I’d left home and my mom would call to tell me something about the family. She referred to my dad by his first name. She would never have done that when I was still living under their roof.  While I had heard her refer to my dad by his given name as a child, it was always in the context of a conversation with him. But whenever she referred to my dad to me, it was, “Take this lunch to Dad,” or “Tell Dad he missed a called from the implement dealer.” No question in my mind who she was referring to.

Things got complicated for me when I got married. Despite a generally positive relationship with my mother-in-law and her invitation to call her mom, I have never been able to bring myself to do that. Neither does my husband refer to my parents as mom and dad, but uses their first names, if he refers to them by name. He tends to mimic Ray Malone, avoiding calling his in-laws by name, if possible.

Now that our own children are married, only one of the in-laws calls us mom and dad. I love that she does. But I understand the reluctance of the others to do so.

But the question of how to refer my husband to our children continues to perplex me. It came to the fore again last week when I needed to communicate with them about some unexpected health concerns and keep them apprised of my husband’s condition. It was complicated by the fact that I was including my parents in the emails. I opted for the and/or convention, Joe/Dad. No one seemed confused.

Still wondering…what do, would you do?

2 thoughts on “The Family Name Game”