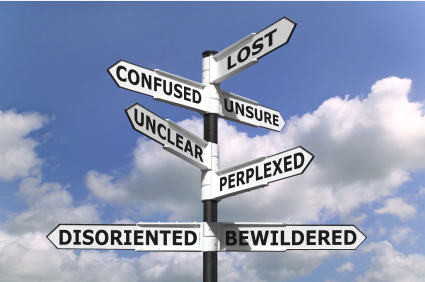 This is the first in an occasional series I’m calling Monday Miscue. If you have an example or illustration of a “failure to communicate” that can benefit other writers and communicators, please drop me a line.

No one disputes the value of product expiration dates. Whether or not you observe them is another matter. But knowing a product’s freshness and longevity can be vital to your health and wellbeing.

A movie release date—not so much. But overlooking that piece of information recently did create some confusion in our home.

In recent years, Hubby and I have tried to take in some of the Oscar-nominated movies in the theater prior to the big awards night. When Twelve Years a Slave began garnering positive reviews, I added it to our Netflix queue. Not surprisingly, it was listed as a “long wait.”

I did not expect to find it in our mailbox on Oscar’s weekend, but there it was. We debated whether to watch it before the Oscars – so we could root for (or against) it with some knowledge – or after the Oscars – so we wouldn’t have any preconceived ideas as to its worthiness for an Oscar. With little else to occupy our Sunday afternoon, we settled down to watch it before the three-hour extravaganza.

Ever the multi-tasker, I kept one eye on the movie while browsing through the weekend papers. An article on the top contenders for “Best Actor/Actress” caught my eye. My confusion began with the first nominee: Lupito Nyon’go.

My gaze went from the beautiful woman in the picture to the action on the small screen. According to the article, Nyon’go played Patsy, the slave. But the corresponding character in the movie we were watching went by Jenny. And could that person playing that role really be Nyon’go? I saw no facial similarities between the two. Was it only a magnificent makeup job?

And wasn’t Brad Pitt in this movie? Again, I couldn’t spot the character.

I should have done my homework when I saw other questionable cues: the set was entirely too sanitized. The slave shack looked like something Jamie Durie would have built in 30 minutes on HGTV’s The Outdoor Room. The slaves’ costumes revealed no evidences of long hot hours in the cotton fields. The pacing felt like a 1930s or 40s era movie.

I’m no movie critic, but by the half-point of the movie we were both panning it and thinking the academy got it wrong with this nomination.

I suspect I view the televised awards show with the same interest level that many others do: just tell us who takes the top categories: best actor, best actress, best supporting roles, and best picture. Since I was not interested in all the “minor” awards the Academy handed out, I drifted in and out of the three-hour Sunday evening production.

I managed to stay up for the grand finale—best picture. Only to have the confusion compounded. I recognized none of the clips flashing on the big screens in the Dolby Theater from the movie we’d watched a few hours earlier. And why did Brad Pitt make the acceptance speech when he wasn’t even in the movie? Clearly, the Academy saw something in this movie we didn’t.

Well, of course, they saw an entirely different movie.

By the time I made my way to the kitchen Monday morning, Hubby had re-opened the Netflix return envelope. A small, but oh-so-important detail cleared up all our confusion in an instant. The release date of the movie we watched? 1984. Gordon Parks directed a made-for-TV version of Northup’s memoir titled “Solomon Northup’s Odyssey.” Avery Brooks played the title role while Rhetta Green played the role of Jenny/Patsy.

Details make a difference. Discovering that Steve McQueen’s Academy-award-winning version of Twelve Years a Slave was not the first and only cinematic version of Northup’s story erased our confusion.

But in another context—a hospital, an accident scene, a cockpit—omitting, overlooking, or misunderstanding an important detail could be the difference between life and death.  As writers, our challenge is to provide enough detail to draw readers into our story or article and motivate them to keep reading. And by all means, avoid confusion.