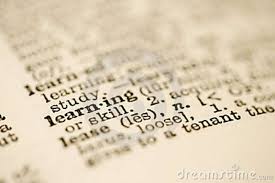 Do you know the difference between alter and altar? This writer (or her copyeditor) either didn’t or hadn’t had enough caffeine to have all his/her senses fully engaged, or this wouldn’t have made it into print:

Just as agreements can go sideways between a marriage proposal and the alter, escrows can fall apart after an offer is accepted…

What the writer meant to say, I’m sure, is altar. The altar, in the context of marriage, is the “structure that serves as the center of worship or ritual.”  And while it’s true that brides and grooms can change or alter their minds between the engagement and the ceremony, that doesn’t alter the fact that traditional Christian marriage ceremonies most often take place before an altar. Should either the bride or groom alter their intentions as late as the wedding day, without notifying one or the other, you could expect a small altercation or noisy controversy to ensue, if not among the wedding party, among the guests.

Another writer was confused about phase and  faze when he wrote: But his reluctance didn’t seriously phase his employees. A phase is a stage or portion of a process.  Faze, on the other hand, means to disturb one’s composure or cause a disruption. Perhaps the employees understood that the bosses reluctance was just a phase in the process of his coming to a full understanding of the situation. But they weren’t concerned about that; they were unfazed.

Confused about how two  homophones can be spelled so differently? Welcome to the idosyncrasies of the English language.